Back when we used to shoot a lot of weddings, I got in the habit of cooking lots of meals for dinner in batches on one evening, and freezing the individual dinners. It was great on the nights when I was up for all hours, working on wedding photos. We would just pull something out of the freezer, throw it in the oven, and have a healthy, homemade meal in about half an hour. Since our son was born, I somehow got out of the habit of doing that. I decided that it was time to start again! We have gotten in the habit of having too much takeout food when things get busy and I knew that this is exactly what we need.

I started by asking my husband to keep an eye on E for an hour or two so I could cook. Then I started making a huge batch of sauteed chopped veggies in my wok (4-5 bell peppers, various colors, one whole chopped onion, 4 cloves minced garlic, tomato, and a bit of coconut oil, and a tiny bit of salt & pepper). I also started cooking a bunch of rice on another burner. On a third burner, I started cooking up a bunch of lean ground beef with a bit of salt, pepper, and dried oregano. On the fourth burner, I started boiling water for pasta. I grabbed a couple of boxes of Indian food mixes that I found in the non-perishable section at Trader Joe’s, two cans of organic garbanzo beans, a jar of pasta sauce, and a can of diced tomatoes. I also had a package of marinated carne asada my husband found at Target that was set aside in the fridge, ready to barbecue. Here is what I made with the above ingredients! I made multiple batches of most of the meals, so it actually ended up being enough for almost two weeks! 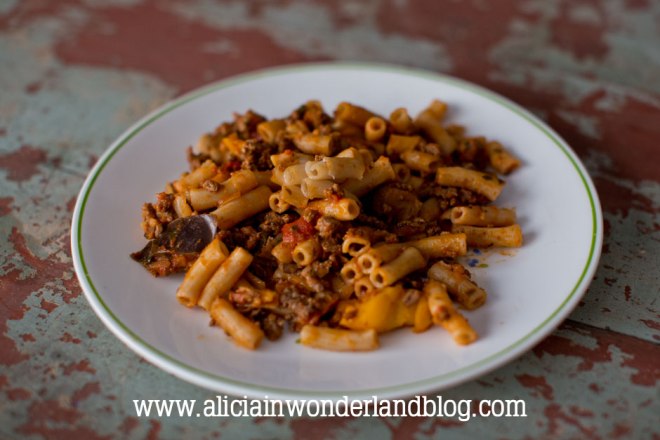 Meal #3: Barbequed carne asada with rice mixture. I added the can of diced tomatoes, some salt and pepper to some plain rice, and added in a bit of the veggie mix and some garbanzo beans. This marinade on the meat was amazing, and I was really excited that we found one that did not have soy in it! 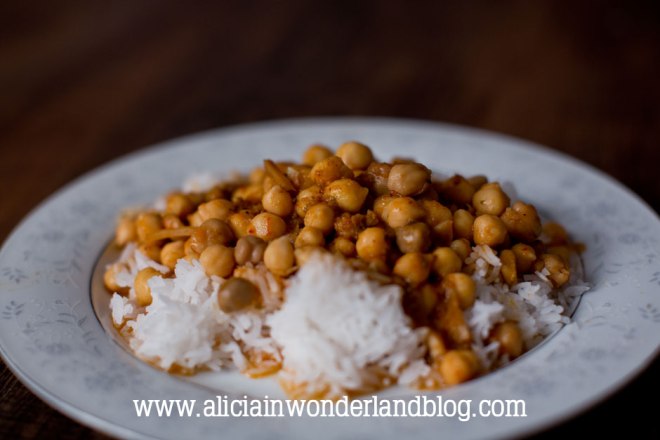 It was so easy, and really didn’t take that long! For each meal, I took the frozen portions out, put them in an oven safe dish and baked for about half an hour at 375 degrees F. It is such a relief not having to worry about what I am going to come up with each night for dinner. 🙂 Also, I am quite proud to say that even my meat-loving Texan husband was a big fan of the two vegan meals we had last week. Definitely a major win for me!

One of my favorite snacks…Just like the awesome street vendors sell.  I miss getting those little bags of produce from street vendors since there aren’t any in the area we live.  I love slicing up some peeled cucumber, and sprinkling them with some lemon juice, salt, and chili powder.  So easy and so tasty!