After we went to the butterfly exhibit at the Museum of Natural History, I decided I need to up the ante in E’s garden to get him even more butterflies coming by. The butterflies already like the current selection of red valerian and red geraniums, but I wanted to attract more with some more options for flowers. When I started creating E’s garden, I removed all of the plants in the area that were poisonous (planted by previous owners). Some of the plants that butterflies enjoy are also poisonous, so I wanted to make sure that I only added non-poisonous additions to his garden.

I also recently went through and had our garden certified as a Certified Wildlife Habitat from the National Wildlife Federation (more info here). Our little changes to E’s garden helped improve our score. Soon the NWF is going to have an additional advanced certification as a butterfly habitat, which I am hoping to get as well. I can’t wait until our garden signs arrive! 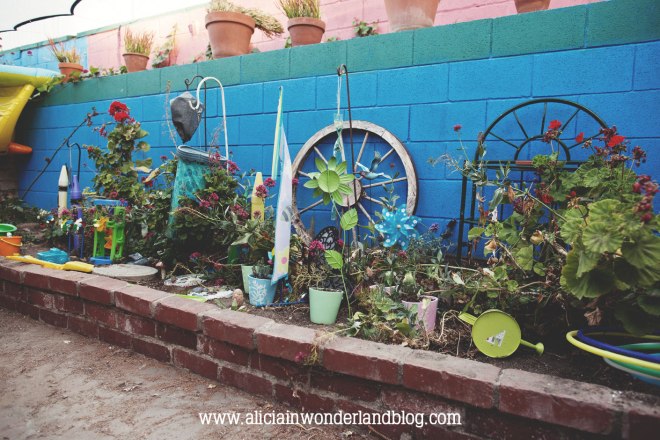 The first thing that I tracked down was a butterfly bush, also known as buddleia. I found this one at Sunflower Farms in Torrance, CA. I also put down some sunflower seeds.

Next, I found a dune buckwheat, native to the Palos Verdes Penninsula. I purchased this from the South Coast Botanic Garden.

I also added in some nice yellow yarrow, which can be found many places.

Butterflies love oregano, so I added in some organic oregano.

At the butterfly exhibit, I noticed that the water trays were filled with pebbles. I started doing some reading and discovered that butterflies like to have a little rock to perch on while drinking their water. I set up this little terracotta saucer of water with some rocks, and put it on a plant stand in the back of E’s garden.

I also read that some butterflies like to drink out of slightly muddy sand, so I made another water dish with sand.

We added some more flowers that butterflies and caterpillars love, all of which have edible flowers for humans. I love the seeds from Botanical Interests because they will actually tell you on the packet if the flowers are edible (always a great safety precaution if you have young children or pets).

E is always a good helper when planting seeds.

He had started running after the cats earlier that week and had to get glue stitches on a nasty cut on his forehead. He tripped and fell and cut his forehead open on the floor…he can’t quite keep up with the cats yet.

After we finished working on his garden, my garden needed some assistance from some additional ladybugs. My neem oil treatment had gotten rid of most of my aphid infestation, but I wanted to bring in some additional ladybugs as a preventative measure. I purchase my ladybugs from Armstrong Garden Center (I mention this since sometimes they can be difficult to find). Ladybugs are best released at dawn or dusk, and E is never awake at dawn, so we released them at dusk that night. 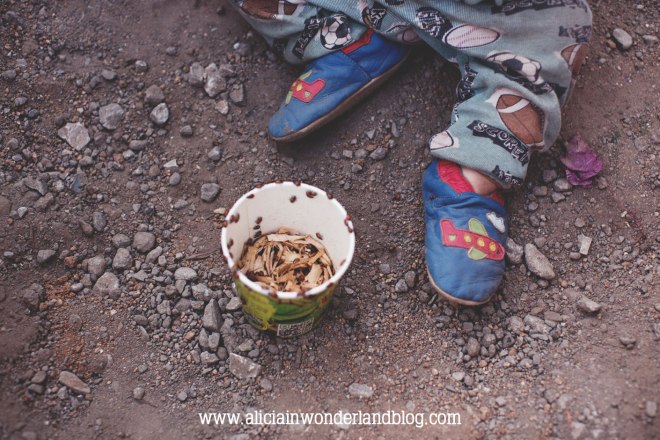 He had a lot of fun with the ladybugs crawling all over him. 🙂 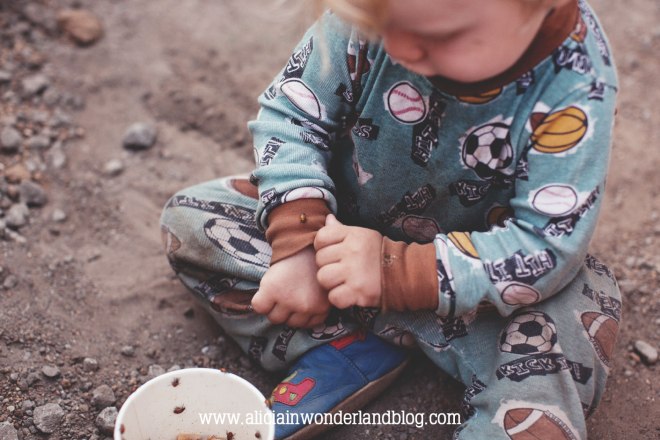 Once they started getting all in his hair, he had enough and got a bit upset. Other than that, he had a lot of fun releasing the ladybugs into the garden. 🙂

This is something my husband and I have been talking about doing anyway with our little guy, and now we have the perfect reason! We can’t wait to show E his first camping experience, right in our own backyard. The best part…$2 will be donated to save wildlife for every person that participates!